The commemoration ceremony which is being held in a pandemic condition is currently attended by a limited number of ceremonial devices by implementing strict health protocols. While virtually present were the leaders and members of state institutions, ministers of the Advanced Indonesia Cabinet, governors, regents and mayors, families of revolutionary heroes, and others.

In the commemoration ceremony this morning, the Chairman of the People’s Consultative Assembly, Bambang Soesatyo, read out the text of Pancasila. Afterwards, the Preamble of the 1945 Constitution of the Republic of Indonesia was read by the Chairman of the Regional Representative Council, La Nyalla Mattalitti.

Chairman of the People’s Legislative Assembly Puan Maharani then read out the manuscript of the Pledge and signed it. Meanwhile, the Coordinating Minister for Human Development and Culture Muhadjir Effendy read a prayer which closed the series of events.

After the ceremony, the President together with Vice President Ma’ruf Amin and leaders of state high institutions who were present at the location briefly visited the Pancasila Sakti Monument before leaving the location.

Through his upload on a personal Twitter account, President Joko Widodo said that the Indonesian nation throughout its history has faced various challenges in which the Covid-19 pandemic is now one of the challenges the nation must face.

We can overcome these challenges thanks to the strength of national unity and brotherhood guided by the Pancasila ideology.

“Challenges and tests in various forms have been faced by this nation, from the era of independence, the era of development, the era of globalization, to the current Covid-19 pandemic. We have passed all these challenges thanks to the strength of national unity and brotherhood guided by the Pancasila ideology, ”he wrote.

Hand over Working Capital Assistance, President: Try to Keep It Up until things return to normal

Going to NTT, the President will review a number of infrastructure and hand over working capital assistance 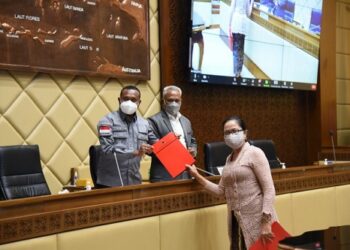 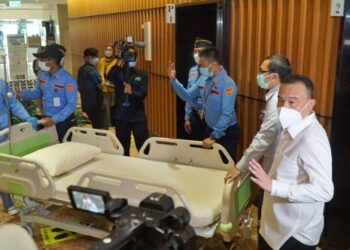 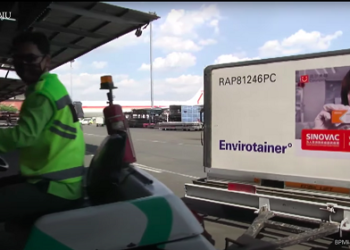 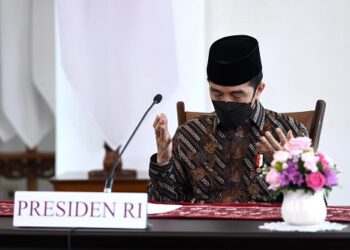 Going to NTT, the President will review a number of infrastructure and hand over working capital assistance

2020 Lebaran Holidays Only 2 Days At Least

Throughout the Year, Foreign Investors Record Net Selling of 24 Trillion