The Indonesian Presidential Airplane carrying the President and his entourage arrived at Tjilik Riwut Airport, Palangka Raya City, at around 09.10 WIB after traveling for approximately 70 minutes from the Adisutjipto Air Force Base, Sleman Regency.

In the afternoon, the President will head to the Handep Hapakat Public Meeting Building, Pulang Pisau Regency, to distribute Productive Banpres for Micro, Small and Medium Enterprises (MSMEs).

After that, the Head of State will return to Tjilik Riwut Airport, Palangka Raya City by helicopter. During the trip, the President will also inspect the location of the cassava food barn in Gunung Mas Regency from the helicopter.

Upon arrival at Tjilik Riwut Airport, the President and his entourage will immediately take off for Jakarta.

Maintain Positive Growth Momentum in the Agricultural Sector Amid the Pandemic 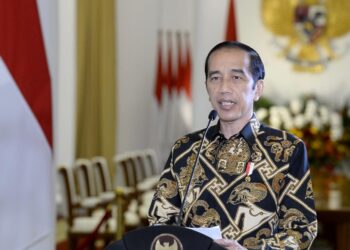